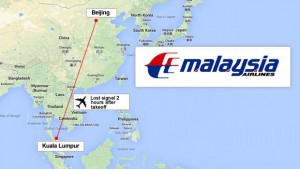 We are seeing the effect of the number 7 year once again. The missing Malaysian flight is very typical of what can occur during a 7 year. Remember what I said in my last post about the 7; “That which is hidden but can be and will be revealed.”? The mystery surrounding this missing flight will be solved but only after a lot of work and analysis is done first. I don’t believe that it will remain hidden from us permanently.

I have consulted my guides about Flight 370 but I can’t reveal what I’ve seen until sometime next week. I will explain my silence on the subject then. So, stay tuned!

And don’t forget to set your DVR’s to record “America Now” at 1PM on April 1st on channel 11 in Los Angeles. I will be appearing in one segment of the show. Those of you who live outside the LA area should consult their local TV listings to find out the correct time and channel in your area.

Thanks Again Cheri, You have helped to save my sanity again! I needed the kick in the ole butt to get myself out of my rut. Your Guides sure know how to get to the point!! I wasted 10 years on that jerk and am so glad to finally have closure. Thanks a million. Til next time!

Cheri I can’t thank you enough for the reading from the other day!!! If anyone is wondering whether to book with you or not, I say go for it. When you are speaking to someone that is real in their craft you know. We had a psychic reading and Cheri freed me of a HUGE emotional weight that I’ve been carrying for far too long, an emotional weight that I would’ve carried for years more, that maybe even the rest of my life I would’ve wondered about honestly. I looked for answers for so long a…

Thank you for what you do!

Hi Cheri, Do you remember me Lorene, from the Highlands in Pacific Palisades? I’m in Real Estate from the early 1990’s. I need to contact you again for another session. I have important decisions to make and want to tell you how right on you were. You were terrific! I need you now. Please contact me.

Hi Cheri, You did a reading for me in December of 2011.  I just wanted to let you know how accurate the reading was,now that everything has come to fruition.  You said we’d have a big change involving real estate, and 2012 would be a year filled with change for our family in terms of figuring out what direction we were going to go in financially, location-wise, our jobs, etc.  I had no idea WHAT you were talking about but sure enough, a month later, my husband got an offer to work on a speci…