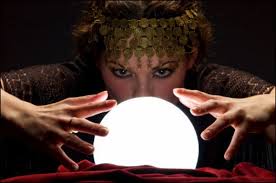 The following is a list of live psychic predictions made by Cheri Mancuso before a live audience in Sherman Oaks, CA on November 16, 2013:

Hi Cheri, You did a reading for me in December of 2011.  I just wanted to let you know how accurate the reading was,now that everything has come to fruition.  You said we’d have a big change involving real estate, and 2012 would be a year filled with change for our family in terms of figuring out what direction we were going to go in financially, location-wise, our jobs, etc.  I had no idea WHAT you were talking about but sure enough, a month later, my husband got an offer to work on a speci…

Hi Cheri! Such a long time since we’ve connected!  I think of you often and really wanted to share the amazingess that’s transpired in the last few years.  I know you don’t remember your readings but I want you to know that everything you said happened and more……. You said I was a physical medium.  You also said I would do everything.  I am now a psychic medium, healer, deep trance channel and co-own a Metaphysical Bookstore in Laguna Hills.  My last name has changed because I also marrie…

Thanks Again Cheri, You have helped to save my sanity again! I needed the kick in the ole butt to get myself out of my rut. Your Guides sure know how to get to the point!! I wasted 10 years on that jerk and am so glad to finally have closure. Thanks a million. Til next time!

Cheri, I am writing to you in hopes that you are the psychic I saw in 1988. You told me I would become a private investigator at the age of 23 when I saw you in Woodland Hills. You also said that my brother would be needing your help and he does! You said you could help him! Please call me and let me know I have found the psychic that was responsible for changing my life. I am a private investigator with my own agency.